BC Ferries hoping to return to regular ferry schedule Nov. 24 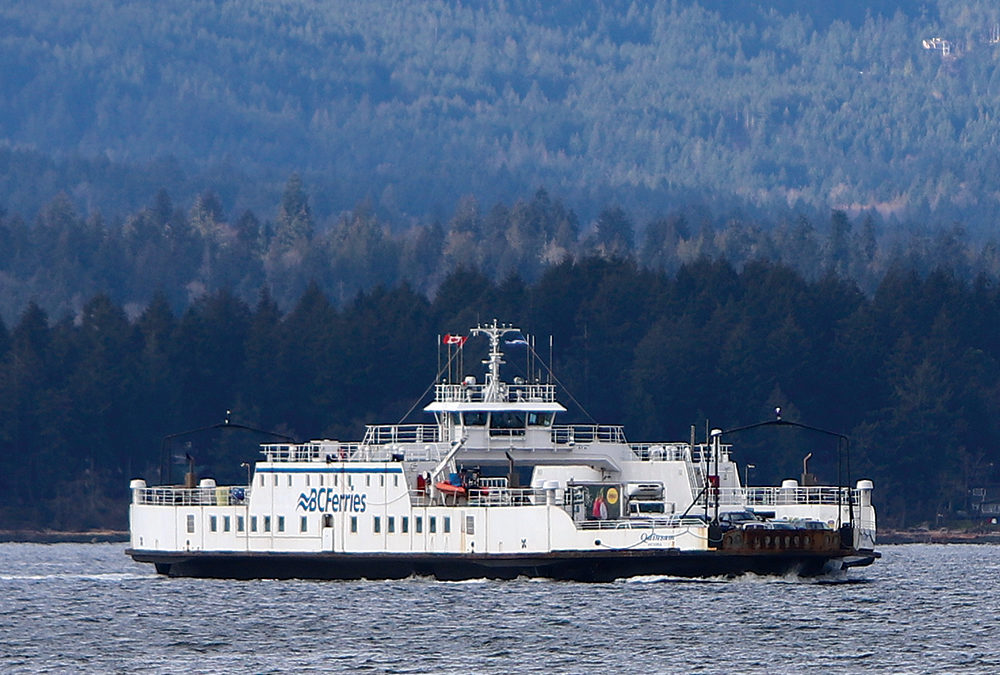 It had operated just the one day, Wednesday, November 17, under the ‘normal’ schedule, from 5:15am to 11pm.

As of press time on Monday, Nov. 22, BC Ferries had updated that to say the modified schedule would be in place until at least November 23.

According to the Gabriola Ferry Advisory Committee, they had been told by BC Ferries staff that the Quinsam would return to the regular schedule on November 24, with recent training efforts having been successful in filling the gap in staffing for the Gabriola route.

However BC Ferries qualified this announcement to the FAC saying, “We are planning for a full return to service moving forward, however we still have a shortage of crew on this route, which means the situation remains dynamic and we will let you know as quickly as possible if anything changes.”

An unknown number of crew members assigned to the Quinsam have not received their COVID-19 vaccinations. As of Nov. 15, 2021, under a Transport Canada interim Order, all crew working on board the Quinsam and all other BC Ferries vessels must have received at least one dose of a COVID-19 vaccine. As of Jan. 24, 2022, crew will be required to have had two doses.

The four sailings prior to 7:35am, as well as all sailings after 6:25pm had been replaced with water taxi service.

The Gabriola Ferry Advisory Committee (FAC), along with representatives from a number of Gabriola services, were holding daily meetings with BC Ferries officials to look for ways to better fine tune the modified schedule.

The FAC reported on its web site that according to BC Ferries, the service interruptions come from, “a combination of the short-term impact of BC Ferries’ mandatory vaccination policy and crewing shortages being experienced by the marine industry around the globe.

“The implementation of a mandatory vaccination policy that aligns with Transport Canada’s new Interim Order No. 7 has meant that unvaccinated and undeclared employees are unable to board BC Ferries vessels. This in combination with a limited number of trained and qualified crew to pull from has created a crew shortage that is limiting our ability to operate the vessel on its regular schedule.”

In one of the updates this past weekend, BC Ferries told the FAC, “We are training crew to create additional resources that can be deployed onto the ship (cross-training ship and terminal crew).”

The single water taxi will continue to operate on the weekends as long as the modified schedule is in place.

When it is in use, there is no longer any requirement to get a boarding pass for the water taxi to board in Nanaimo Harbour – boarding is now being done on a first-come-first-served basis.

Impacts were, of course, being felt on Gabriola – whether people are unable to make it to their workplaces in Nanaimo on time; or to medical appointments – or just not able to travel outside of the reduced ferry times because the water taxi is not easily accessible for those with mobility challenges.

BC Ferries did say they will reimburse customers for paid parking at nearby parkades and lots. Customers simply need to keep their receipts and send them in to BC Ferries at: customer.relations@bcferries.com.