Since then, BC Ferries has been hearing feedback from the public and members of the Gabriola Ferry Advisory Committee (FAC) that something needed to change, especially on Saturdays, when people were trying to get back to Gabriola after a day in the city.

What this meant was that from 6am until 4pm, islanders had twice as many sailings leaving the island per hour as they had returning to the island after 4pm.

Thru the spring, summer, and into the fall, long lineups formed at the Nanaimo terminal on Saturdays, with drivers competing to be on the 4pm or 5:05pm or risk waiting till a sailing after 6pm.

What BC Ferries is now proposing to change is to add in the 5:05pm sailing on Saturdays to Gabriola. This will mean there will be a 4:35pm sailing off Gabriola as well.

As part of the schedule changes, BC Ferries is also going to eliminate the 6:35am sailing from Nanaimo.

Carrie McIntosh, BCF Director of Community Relations, Strategy, and Community Engagement said, “we have found these sailings are not well utilized but are driving delays, crew overtime, and fatigue because of the additional time required first thing in the morning to shift from the tie-up berth to the operational berth at Nanaimo Harbour for this first sailing. The plan is to dead-head the ship to Descanso Bay to commence two-ship service from Gabriola starting with the well-utilized 7:05am departure.” 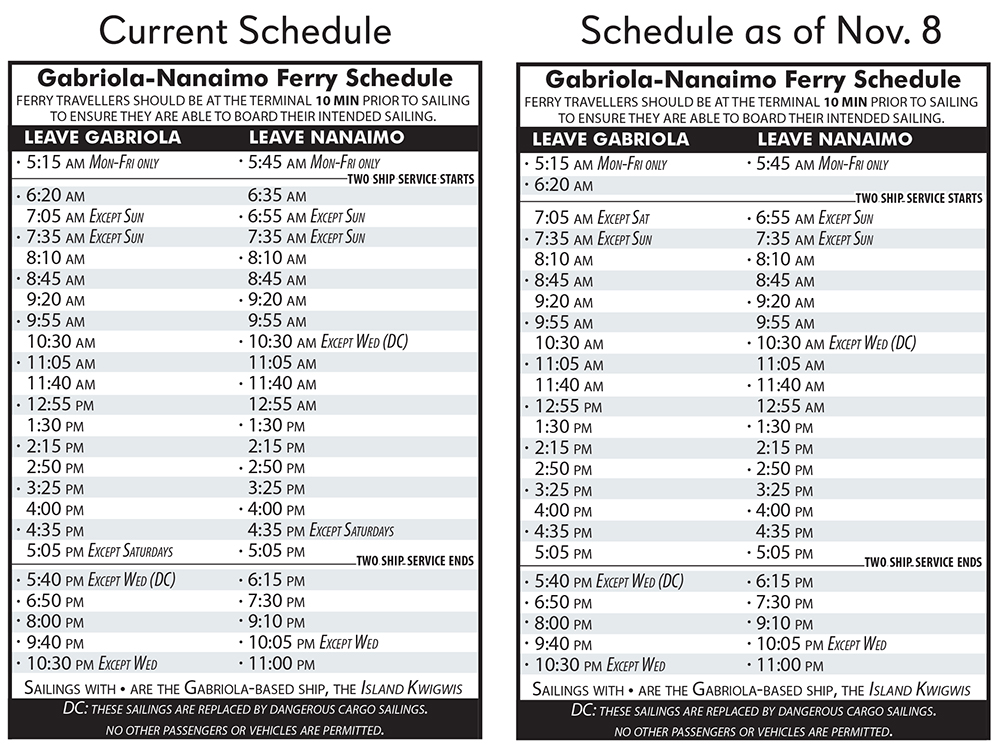