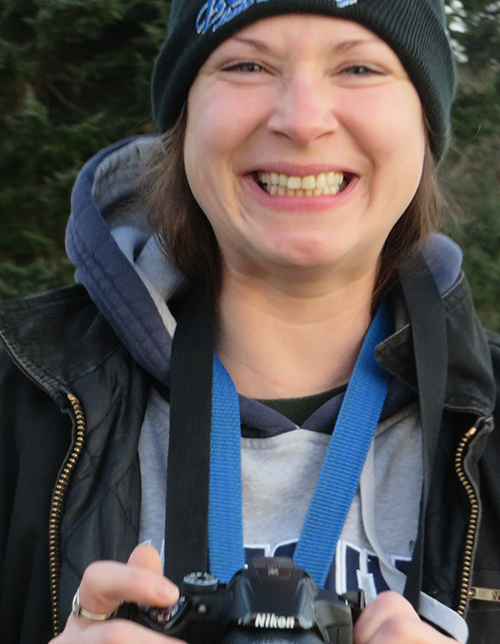 Barraclough, Christina Natasha (Tina) passed away on Gabriola Island on November 9, 2021 at the age of 45. She will be greatly missed by her family and friends. Predeceased by her beloved mother, Ethel Robson; father, Erwin Koschinski and special aunt, Carol Robson. She will be lovingly remembered by her friend and confidant Wayne, brothers Nathan, Robert (Bob), Donald; and her niece and many nephews. A Celebration of Tina’s Life will be held in the spring of 2022, please watch for a notice by First Memorial Funeral Services in Nanaimo, BC. In lieu of flowers, donations may be made be made to the Tillicum Lelum Aboriginal Friendship Centre in Nanaimo, where Tina found comfort and support.

Tina was born and raised in Vancouver and lost her mother at 5 and father at 15 years. Her life was a difficult and trying time during these times and finally moved to Gabriola Island in the mid 90’s to escape the city although the city tried to follow. She tried her hand at roofing and bar tending but wanted to learn how to finish drywall and she got a job in Nanaimo . After she worked there for a couple of years, she headed out on her own and soon established herself as a proficient drywall finisher and painter. Attention to detail was very important to her and never wanted anyone to complete her jobs as she was very proud and didn’t want her name attached to something that didn’t meet her standards. Her health took a toll on her life and work but she tried to carry through.

Within the last few years she was growing to be a independent person, trying to connect with her spirits, indigenous roots and had developed a passion for collecting driftwood and sanding it for hours on end before putting on a finish. Her dog Tinder was a fixture by her side whether walking on the beach or in the crate in her van at work. There are many good people in this world and Tina ranked up there with them.

She was friend to all, human or animal and to anyone who needed help, anything she had she was willing to give with nothing expected in return.

A bright spot in any situation, her spirit and exuberance shone through. The world has lost a good person, hopefully she without pain and in a place of peace which she truly deserved.