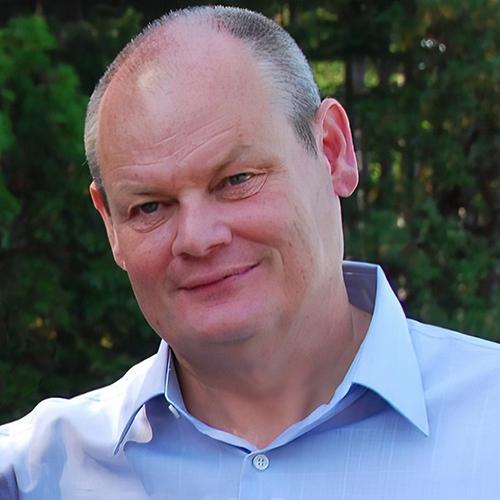 One year ago, on a beautiful spring morning, Chris was up early. He was excited to help pour the foundation for our new home. In just a few hours, Chris would die tragically next to our dear friend, Marc Doré.

Chris was born in Beausejour, Manitoba, the third son of Ethel Rosanna Straw and the Reverend William Straw. He was brother to Will (Johanne), Patrick, and Sarah (Paul).

A trip to Yellowknife in 1980 changed the trajectory of Chris’s life. After working in several government positions, he accepted a job as Executive Assistant to the GNWT Minister of Economic Development. In this position, Chris felt privileged to visit almost every community in the NWT and what would later become Nunavut.

Early in his Yellowknife years, Chris and Margy met at a dance and their 40-year love affair began. Chris was thrilled to become a father to Matthew and Chloë. He loved his family with his whole heart and soul.

He was an exceptionally devoted father who spent early mornings, evenings, and weekends enthusiastically cheering on and coaching his kids in soccer, hockey, volleyball, softball, and rowing. Chris was fiercely proud of the fine adults his kids have become.

In 1985 Chris joined CBC North and was soon hosting its morning radio show. He moved into positions with CBC in Charlottetown, Vancouver, and Toronto. Over a 3-decade career, he played many roles: radio host, journalist trainer, producer, program developer, and network executive. He produced network shows such as The Beat, Realtime (the first Canadian live and interactive radio music program delivered via the internet), and Basic Black. Chris helped shape and champion programs such as This is That, The Irrelevant Show, The Debaters, The Next Chapter, Day 6, and others. He loved radio and was a natural teacher and generous mentor who challenged his colleagues to be the very best they could be. And to have fun doing it.

Friend and colleague, Chris Boyce, commented, “I can’t remember exactly when I first met him. But I remember noticing at big work meetings that Chris’s table was always the most fun to be at. Everyone around him was smiling and laughing, even if the meeting was dull and tedious. People were drawn to Chris, he had a magnetic personality. He was hilarious, he was smart, he was creative, and he had the world’s biggest heart. He was someone you wanted to have in your life.”

Upon the birth of his grandson, Chris retired, returned to Gabriola and began his best-ever career—as Papa. He adored Luca and spent every minute he could with him. They made things and hung out on the beach watching for whales and listening to sea lions. They chatted constantly, creating stories, and laughing. They were inseparable.

Retirement gave Chris time to focus on his art. He produced beautiful encaustic photographs, quirky multi-media pieces, and rustic benches fashioned from timbers salvaged from Gabriola’s beaches. The Roundhouse, his studio, was a favourite stop on the annual Studio Tour.

Chris also loved his community, and he volunteered for many organizations and events. He worked tirelessly with Gabriolans Against Freighter Anchorages (gafa.ca) and was instrumental in forming the South Coast Ship Watch Alliance to protest the use of the southern gulf islands as a parking lot for overflow ships from the Port of Vancouver. (nofreighteranchorages.ca)

In his all-too-short time on this earth, Chris touched the lives of many. The tributes that flowed in are a testament to the impact he had on people. We invite you to add your memories and photographs or videos of Chris at https://memories.net/timeline/chris-straw-65609.