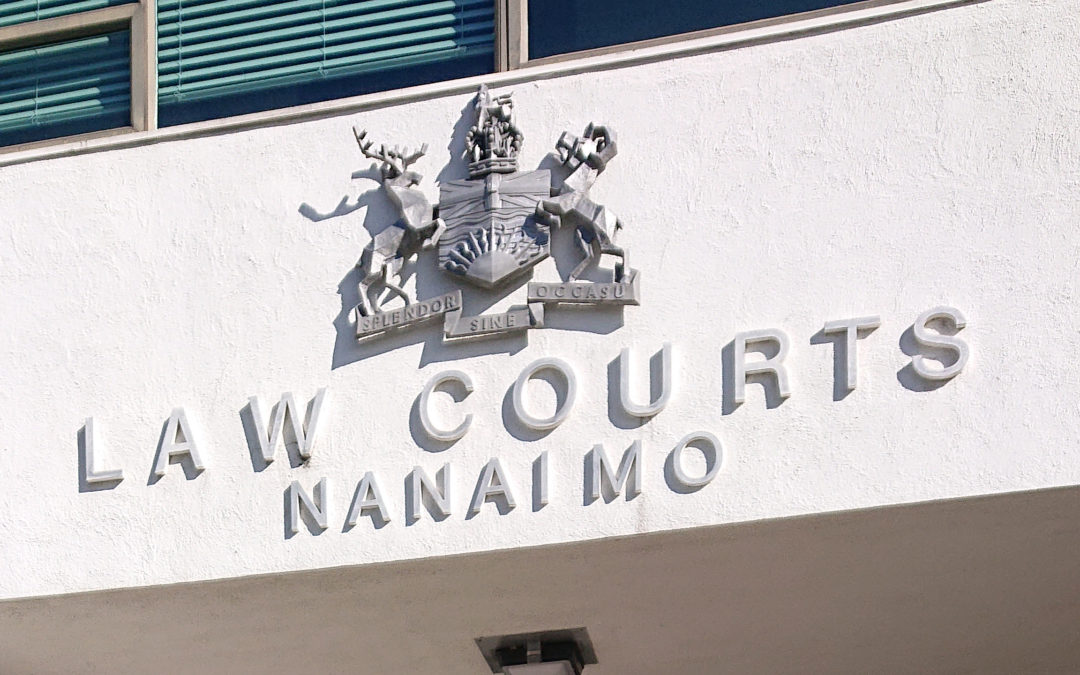 In less than 15 minutes in a Nanaimo courtroom, a case was decided involving a Gabriola man facing three charges involving the sexual abuse of a minor.

Instead, on Thursday, May 5, 2022, Crown Counsel and Defence Counsel placed a joint submission before Judge Brian Harvey in which the Crown made it clear that she would face difficulty in securing a conviction. Since Crown Counsel decided not to proceed, the judge agreed to declare the defendant not guilty. However, Judge Harvey did place the accused under a Peace Bond.

The terms of the Peace Bond are that for a period of one year, the accused can have no contact or communication with the victim and her mother, nor be present in any place where the accused worships, attends school, resides, or works. This includes texting, emailing, or calling her. He is also banned from possessing weapons.

The accused briefly appeared in the court via video link, while the victim was present in person throughout. After the hearing, she provided the Sounder with the following statement:

“Over a decade ago, I was groomed and sexually abused by an adult man as a young teenager on Gabriola.

“Today, I attended court to see my abuser in person and hear him accept a Peace Bond addressing the fact that he had caused me to fear him. Rather than showing up in person, he chose to call in. Rather than showing remorse or accepting accountability for abusing his position of trust and taking advantage of a minor, he responded to questions asked of him with one-word answers.

“This case did not end this way because he is not guilty. This case ended this way because, despite the word of just shy of twenty witnesses, it is difficult to convict someone of a crime committed behind closed doors over ten years ago.

“I sobbed in the galley because this is not peace nor justice. What has been a lifetime of trauma for me was, for him, a ten-minute phone call and a promise not to be bad. We need to do better.”