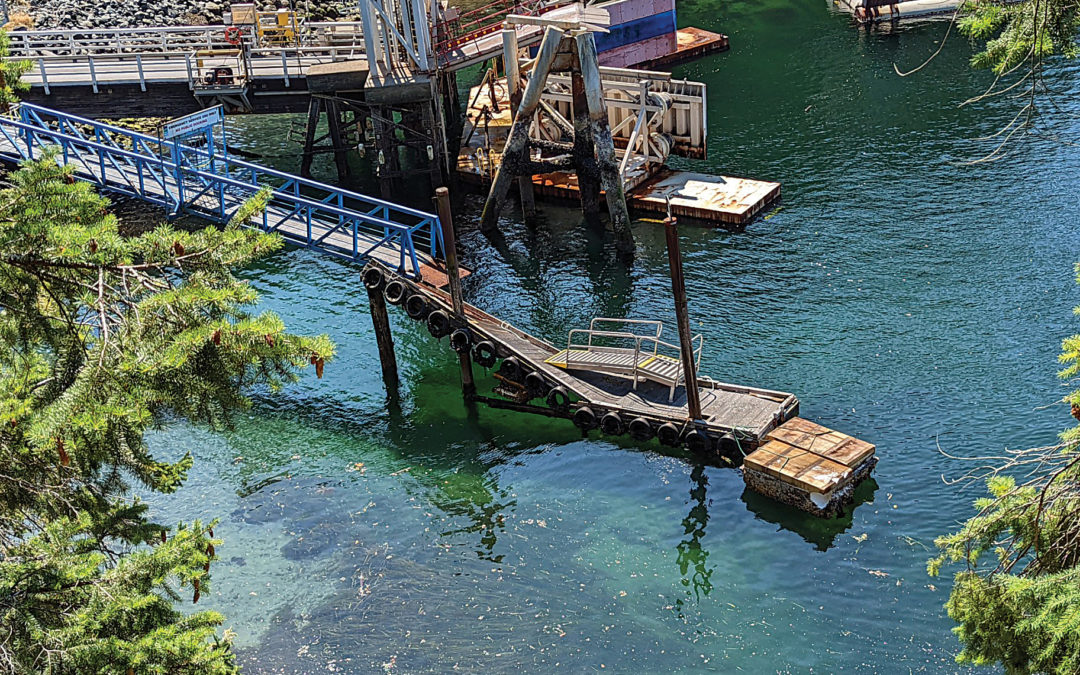 The Emergency Wharf in Descanso Bay (adjacent to the ferry dock) will be out of service for an unknown length of time, after being damaged by a log on Wednesday last week.

The emergency dock is owned and maintained by the Regional District of Nanaimo (RDN) for emergency services including BC EHS ambulance and the RCMP.

Darren Marshall with the RDN said the damage occured when a deadhead log became lodged under the shoreward end of the wooden dock at high tide.

As the tide went out, the log lifted the shoreward end, as well as the metal gangway, while the other end of the dock lowered with the tide.

Two of the floatation pieces for the dock were dislodged (later recovered and tied to the dock). Marshall said until an engineer is brought in to properly assess the damage done, there is no time determined on when the dock might be usable again for emergency services.

Media representatives with BC Emergency Health Services  (BC EHS) said in the interim, ambulance staff will be using Green Wharf for meeting up with the Nanaimo Harbour Patrol Boat – this is done when patients are being taken off Gabriola after the ferry has stopped running for the night. Both the RDN and EHS said that with that in mind, it is necessary for people parking vehicles on Wharf Road to keep the area adjacent to the Green Wharf dock clear of vehicles, as emergency vehicles will be needing to bring patients to the Wharf during the night for transport to Nanaimo.

EHS media representatives added that when transport off Gabriola Island to a hospital is required, the BCEHS Dispatch Centre will look at all options and available resources. Resources include air ambulances, Coast Guard and water taxis, based on the acuity of the patient. 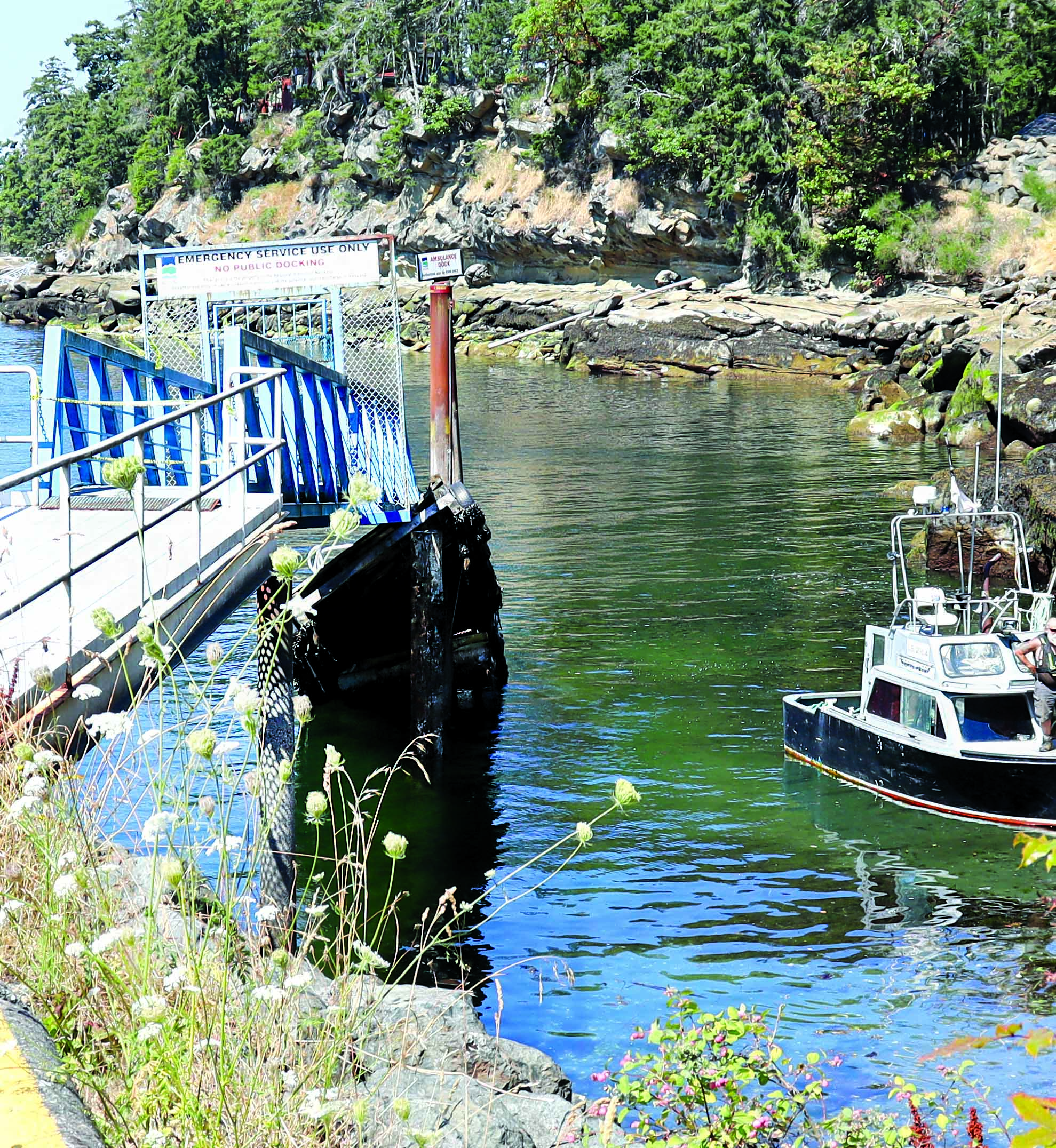