Editorial: We need a ferry passenger bill of rights 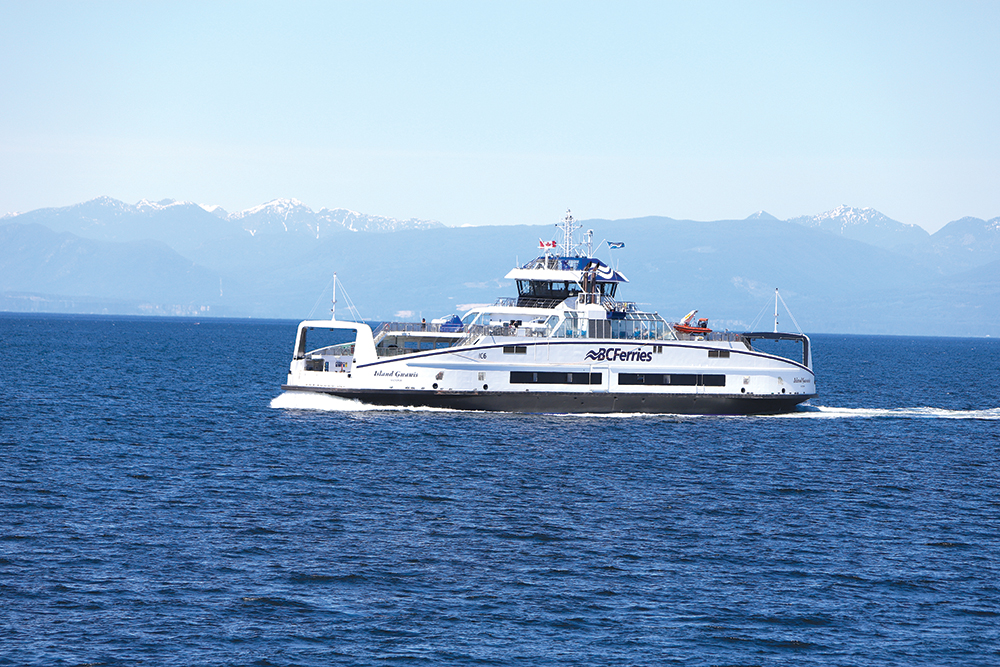 Ferry passengers need a bill of rights, similar to those given to air passengers in Canada in 2019. BC already has a Taxi Passengers Bill of Rights. (Effective in 2013)

No one disputes that BC Ferries is in a staffing crisis. But the fact that they’ve had over 125 sailings cancelled in the past month due to staffing challenges is cause to look at the service cancellations.

These cancellations are far more than inconveniences to ferry dependent communities.

In June, when the evening sailings for the Kwigwis sailings were cancelled, BCF provided water taxi service.

That doesn’t do anything useful for those who are not able to walk home from the ferry terminal. Our taxi and GERTIE services are not robust enough to react to BC Ferries cancelling sailings. Nor should the default be that everyone impacted is then expected to dial a friend for a ride.

And where, exactly, are people supposed to leave their vehicles on the Nanaimo side? In the already-jam-packed parkades downtown? At who’s expense? BC Ferries isn’t offering to pay those fees. And no one coming home from camping is going to leave their RV downtown. But they can’t exactly turn around and go back to the overbooked campgrounds either.

The Sounder has asked BC Ferries twice since the June cancellations if it would offer any kind of parking/transit for people stranded in Nanaimo by a cancellation of evening sailings. No answer has yet been provided.

There’s nothing requiring BC Ferries to do things like: help people with parking; with transit home on the Gabriola side; or for things like changes of clothing, overnight items, replacement costs of medications (left at home with the understanding that one would be able to get home); or the need to get home for any dependents (human or otherwise, also left at home under the assumption ferries would sail on schedule). No coverage is provided for work lost either. The ripple effect of this inability to get people where they need to go impacts staffing for the rest of the community.

No government is holding BC Ferries accountable the way air passengers can hold the airlines accountable. There’s zero financial incentive/penalty for BC Ferries to ‘make good’ on the expected level of service for ferry dependent communities. Nor is there a tribunal to file a complaint or claim to.

When the Gwigwis was shut down last Thursday, BCF was asked if traffic control would be provided on Taylor Bay Road. The answer: traffic control was going to be provided for the Nanaimo line, but not the Gabriola one. BCF staff were asked why, but had not answered as of press time. It could be that the City of Nanaimo has the ability to hold BC Ferries accountable to the traffic jams caused within city limits. Gabriola does not have that kind of recourse.

Islanders using ferries (marine highways) need to know the ferries will sail in a reasonable amount of time as publicly scheduled. And if that fails, where to apply so that the cost burden will not fall to them for the shortcomings of the service provider. The irony is for the last ten years, BCF staff (led by the now-fired Mark Collins) have at FAC meetings said that they are moving more towards a system that mimics that of the airlines. Reservations, ticketing, and fare systems built to encourage people to travel at off-peak hours.

Airlines are regulated to protect passengers who are left stranded, who have lost luggage, who depart later than reasonable.

The wording for the Act is already there. From air travel, we have examples.

As ferry travellers, we need the same bill of rights.