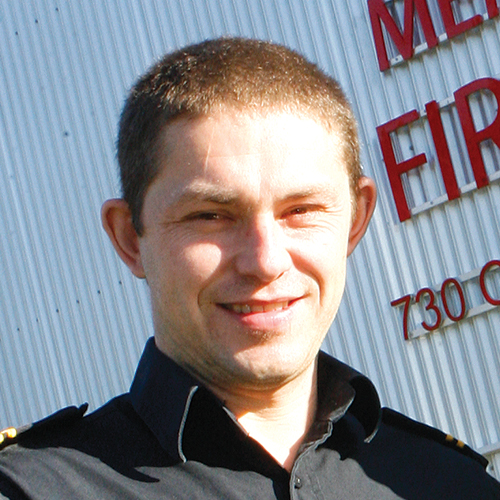 The Gabriola Fire Chief is asking the Islands Trust to make it a requirement to renew Short Term Vacation Rental Temporary Use Permits every year, instead of every three years as is currently done.

There is also a concern on the part of the Fire Chief that if too many STVR permits are issued, that could stress the Fire Department’s capacity to keep up with those inspections.

He said the concern of the Fire Department is whether the property owners are in compliance after they have the initial fire inspection done for the TUP.

In September 2020, at the request of the GVFD and Trustees, Trust staff had worked on allowing Fire Inspections for STVRs to be done by the GVFD, something which Sprogis had said would not be something the GVFD charged property owners for. Previously, the Fire Inspections had been done by Building Inspectors from the Regional District of Nanaimo.

In September 2020, the Gabriola LTC said no to making annual fire inspections a requirement within its requirements.

Sprogis said this came up in situations where firefighters are called for a medical aid call to a property that has an STVR permit, and see that a smoke detector is missing, or there are obstacles people could fall on.

He said he had a number of STVR properties that he inspected [ahead of STVR applications] in the last year, but, “I don’t know how the Trust plans to follow up on those to make sure they are getting their fire inspection.”

Islands Trust Staff said the software used within the Northern Office flags any permit that is issued as having expired, depending on the frequency it is required.

Regardless of whether the staff who issued the permit have moved on or not – the system ensures current staff in the office is told when a permit is expiring.

Heather Kauer is the Regional Planning Manager for the Islands Trust Northern Office.

She said a smoke alarm isn’t a condition of the Islands Trust.

“We talked about this [in September 2020], we can’t be in charge of making sure smoke alarms are there, it is not in our purview to do that monitoring.”

Kauer said then the question would be who is making sure the applicant is providing a fire inspection report – someone would have to chase the applicant. Sprogis asked if that wasn’t part of the application process.

Dan Rogers, Chair for the Gabriola LTC, said if a requirement for annual inspections were put in, and should the property owner come back to get their STVR permit renewed, and not be able to show that they were getting their inspections done annually, that would likely mean they would not get renewed for another permit.

Trustee Kees Langereis said the STVR permit is for three years and asked, “can you apply a condition to the term within the TUP?”

Sprogis asked if there was a way Trust staff could be told annually thru software when a fire inspection is up.

Kauer said, “we could, but then, what would we do? There has to be a staff person following up with the applicant to make sure they are doing that. We don’t have the resources for that.”

Sprogis said, “I see this as a huge hole then.”

Rogers said the control is in place when people get permits renewed. If they haven’t met the conditions, their chances of getting renewed are substantially reduced.

Sprogis said the Trust should “re-evaluate the renewal process to make it a one year term. That would make it sure they have their paperwork in place every year for the TUP.”

Rogers said, “that’s an option – it does cause a lot more work for us – it’s an expense to the [applicant].”

Sprogis said, “I think that’s more than appropriate. These places aren’t getting taxed like hotels, but are making money like hotels. Most hotels would see an inspection twice a year.

“We’re creating a huge hole if we’re not getting an inspection annually.”

Sprogis also asked if there is a cap on how many STVR permits will be issued on Gabriola, saying the Gabriola Fire Protection Improvement District wants to know going ahead for forecasting.

“We know from commercial zoning, we can estimate how many commercial lots there are. [STVRs] is a big question mark.”

Rogers said there is no cap.

“It is part of the discussion that came out of the Housing Group, but I don’t think we’ve got to the point of specific caps on STVRs or actually what we’re going to do about STVRs all together.”

Rogers was referencing the Housing Needs Reports put together by the Islands Trust over the past number of years.

Colbourne pointed out the last STVR application that came forward was rejected.

Some are put forward voluntarily by persons wanting to run a legal STVR. Others are asked to get a permit after they are found through Bylaw Enforcement to be operating an STVR without a permit. There are five STVRs currently active on Gabriola Island. There are another three currently in the application process, one of which is coming via Bylaw Enforcement.

Sprogis asked, in light of the last STVR was rejected, “we ended up doing a fire inspection. Is there a way to put the fire inspection near the end so we don’t waste resources on something that’s going to get rejected?”

Typically, applications only comes forward to the LTC to be approved or rejected once the applicant has all the materials required for the permit in place.