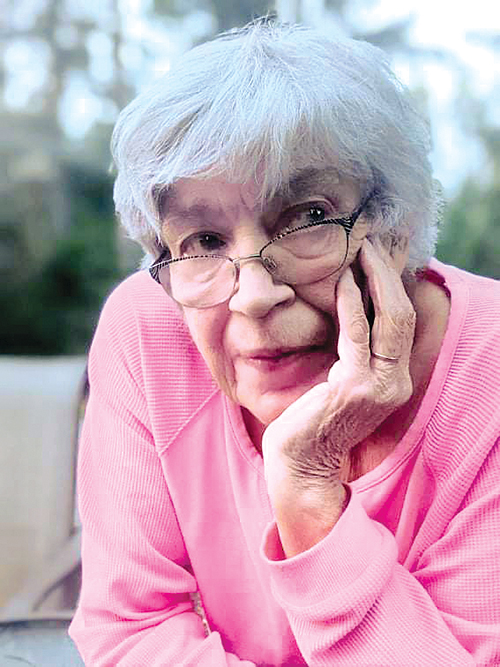 Florence was born in Bonnyville, Alberta on November 27, 1941.

Her first 15 years were lived on the family farm at Beartrap Lake, Alberta until her family moved to Grand Centre, Alberta.

Florence joined the RCAF and served in France and Germany where she met and married Len. There they had their first son Arthur in 1965.

After moving back to Canada, their second son, Stephen was born in Cold Lake in 1968.

Thereafter, Florence became a devoted homemaker and wonderful mother to her two sons.

Over the years, the Sutherlands lived in Cold Lake, Edmonton, Ryley, and Tofield (all in Alberta), and in Greenwood, N.S.

For the past 22 years they lived a charmed life on Gabriola Island, B.C. where they made many friends, and they were able to be close to their sons and grandchildren.

Florence was an exceptional person – good and loving and was her happiest when among her children, grandchildren and her sisters and brothers, her own and Leonard.

She was passionate about social justice, and she definitely loved her beliefs.

Florence was loved by many and will be dearly missed by all who knew her.