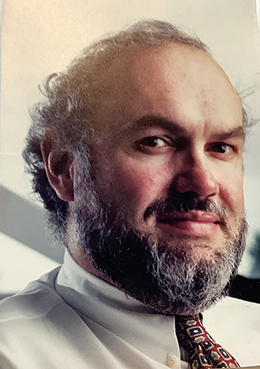 Konrad dearly wanted to return to his beloved Gabriola Island for his last months. Immensely sadly, he only made it to the Gabriola ferry parking lot. He passed away in Nanaimo Hospital due to complications with esophageal cancer

He will be lovingly remembered by his wife of 34 years Linda Harrison, his siblings Anne, Walter (Jane Powell), Maurice (Norma Ginther), and his niece Freya.

The first child of Walter and Elisabeth (Haldemann) Mauch, he grew up in North Vancouver and Tsawwassen. Konrad’s intelligence and curiosity were evident from the start. There were always science experiments and projects in various stages of assembly, disassembly or reassembly. His interest in applying technology led him to study Electrical Engineering at UBC earning Bachelor’s and Master’s degrees.

Konrad was an engineer, entrepreneur, and maker. As an electrical engineer he spent much of his career developing products which improved the environment, ranging from electric vehicles to components for solar power systems.

In the late 1980’s he cofounded Statpower Technologies, which grew to over 100 employees by the end of the 90’s when it was sold to another local company. Konrad was very proud that many of the original employees are still working for Statpower’s successor and spin-off companies.

Konrad and Linda fell in love with Gabriola on their first visit in the late 80’s and within a year had purchased a small cabin they named the “Cedar Spirit” overlooking the water. It became their weekend and holiday retreat while they continued working.

They spent a happy decade in the Cedar Spirit making many friends among their neighbours.

With the sale of Statpower they were ready to live on Gabriola for longer periods. They retired the cabin and had a wonderful Gulf Island home, also dubbed Cedar Spirit, built to suit their personalities and pastimes. From Konrad’s workshop below Linda’s “treehouse” scrapbook corner to Konrad’s indoor/outdoor kitchens, there was a place for every interest and hobby.

Upon his retirement Konrad designed and built beautiful furniture, lamps and other woodworking projects and became a member of the Gabriola arts community. His workshop, Gabriola Gadgets, was a favourite on the annual Gabriola Thanksgiving Studio Tour with his work selling out every year.

Konrad loved to travel. He and Linda travelled to over 60 countries in all continents, making lasting friendships with fellow travellers along the way. Konrad particularly loved the travels that brought him close to wildlife, ranging from penguins in the Antarctic to mountain gorillas in the hills of Rwanda.

Konrad was actively involved in community projects on Gabriola. He was a Director, Vice President and volunteer leader with the Gabriola Health Care Foundation during the years when its Community Health Centre was planned and built. He then helped the Gabriola Arts Council plan and renovate its Gabriola Arts and Heritage Centre. Later he was a cofounder of the Gabriola Woodworkers’ Guild which gives island woodworkers a chance to share skills and knowledge and show their work to the public through its annual “wood show.”

From the young employees at Statpower who he mentored and coached, to the neighbours and friends on Gabriola who loved his famous summer Beach Parties, Konrad touched many lives. He will be missed.

Heartfelt thanks to Sam Abraham, Maurice Mauch, Rob Maynard, Judy Durban, the palliative team at NRGH, Dr. Bosman, Dr. Sandell, and the Gabriola Medical Clinic. Thanks to the Gabriola Woodworkers Guild, especially, Rob and Lawrence Spero, and friends and family who continually gave love, prayers and blessings, and most specifically, “my heart and soul, Linda, who walked beside me every step of my journey.”

A Celebration of a Life well lived will take place on Gabriola, hopefully in the fall.

Friends wishing to remember Konrad are encouraged to make a donation to InspireHealth.ca or the BC Cancer Foundation. 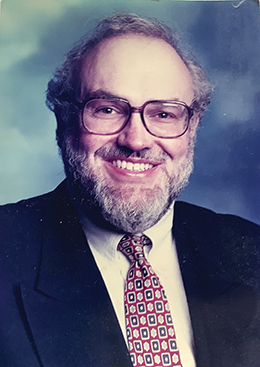