No in-person Remembrance Day Ceremony on Gabriola for 2021 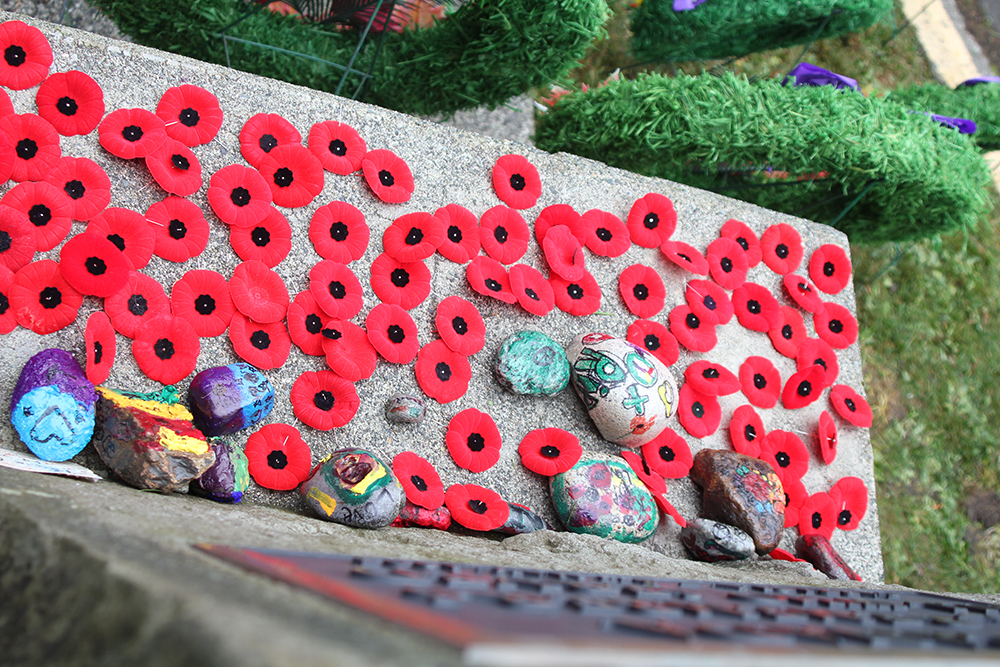 It has now been two years since we last had a Remembrance Day Ceremony at the Gabriola Cenotaph and sadly, for many reasons, we have decided that it is premature to hold a ceremony again this year with the 4th wave of COVID still upon us.

Instead, on Thursday 11 November, between the hours of 10:30 and 3 PM, the Canadian Flag in front of the RCMP Station will be at half mast and National Flags and wreaths commemorating the many conflicts that Gabriolans have been involved in, will be positioned around the cairn in memory of the so many Canadians who fought, were injured or gave their lives for Canada so that we could live in freedom.

It is hoped that many of you will be able to visit the Cenotaph during this timeframe for a private moment of reflection whilst being respectful of others around you.

Since our last ceremony, the Department of National Defence (DND) has remained actively involved in protecting our national security and supporting COVID.

Lest we forget, at any given time, approximately 2,000 Army, Navy and Air Force personnel are deployed, away from their families, on 20 different missions across Canada and around the world to keep us safe and secure.

Some of their recent missions were:

• Provided personnel, aircraft and equipment to combat wildfires threatening remote communities in Northwestern Ontario, Manitoba and BC for more than 2 months this summer.

• Supported the Yukon in the month of July to help with severe flooding.

• Search and Rescue Operations in Canada Continuous support across all regions.

• Support for Fisheries Patrols in Canada: Continuously assists Fisheries and Oceans (DFO) in monitoring fishing vessels and enforcing regulations in the Atlantic.

• More that 1,700 personnel were deployed to long-term care facilities in Quebec and Ontario to provide much needed support.

• More that 600 Rangers supported northern and remote communities in Quebec, Saskatchewan, Ontario, BC, the Yukon, the NWT and Nunavut.

• Distributed Vaccines to Embassies around the world and Personal Protective Equipment to places like India and Central America.

• Logistical support at 16 Land Ports of Entry into Canada.

• Airlifting serious ICU patients from Manitoba to Ontario & Alberta in May & June and Saskatchewan in October 2021. They have also been providing specialized medical support to Alberta since September.

• Assistance to Manitoba from April to June 2021 to distribute COVID-19 vaccines and medical teams..

• Continues to provide approximately 240 sailors and airmen onboard a frigate, operating with NATO.

• Support to Iraq, Jordan and Lebanon: Following the defeat of Daesh, Canada has worked with our partners to help rebuild military capabilities so that the conditions are set for the long-term success of these countries.

• Evacuation of Afghanistan: In August 2021, in just a few weeks, the CAF evacuated 3,700 Afghans and their family members from Kabul when the country fell to the Taliban .

• Operations in the Ukraine: Since 2015, Canada has provided 200 soldiers to a Multinational Joint Commission for Military training and capacity-building to help that country remain strong, secure and stable.

• Operations in the Middle East: Since 2002, Canada, (in partnership with 33 nations), has provided Naval support and surveillance aircraft to help stop terrorism and piracy in the Persian Gulf, the Arabian Sea and the Indian Ocean.

• Operations in Central & South America: Since 2006, Canada has supported US counter-narcotics operations against organized crime with ships, surveillance aircraft and land-based surveillance radars.

• Since 2013, Canada has provided 50 soldiers to help the Nigerian military counter terrorist organizations.

• Since 2020, Canada has periodically provided a C-130 transport aircraft, a helicopter contingent and personnel to Uganda, Mali and Rwanda in support of UN Peace Enforcement .

• Support to Enforce UN Sanctions against North Korea: Since 2018, Canada has worked alongside Australia, France, Japan, NZ, the UK and the USA, to identify sanction-evasion activities. This involves a Navy Frigate (currently HMCS Winnipeg) and periodically a CP-140 Surveillance aircraft. Recently, HMCS Winnipeg was in the news when it patrolled the strait between China and Taiwan.