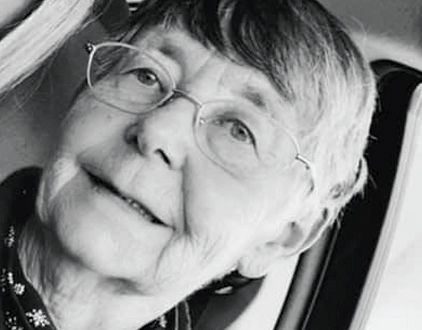 Sandra Brydges passed away peacefully at Nanaimo Regional General Hospital on June 13, 2022 at the age of 75 after a long and brave battle with cancer.

Sandra is predeceased by her husband of 52 years, Ted, and her father Herbert.

She is survived by her mother Grace, her 3 children Chris (Jennifer), Dan (Rachael), and Tanya (Bill), and her 9 grandchildren.

Sandra was born on February 6, 1947 in Galt Ontario to Grace and Herbert Spiers.

In 1969 she graduated Waterloo-Lutheran University and she married Ted Brydges.

The couple moved to Winchester Ontario where Ted worked as a school teacher and later a school principal while Sandra worked at home to clothe, feed, and raise three children.

Sandra retired with Ted to Gabriola Island in 1995 where they built their retirement home on Trillium Way.

Sandra was a fixture in her small Gabriola community and was an active member of the Gabriola Anglican Church and a regular volunteer at the Gabriola Recycle.

The family would like to thank Lakeside Gardens and staff at the Palliative Care Unit at Nanaimo Regional General Hospital for their care.

Special thanks to the many friends who helped us to help mom in her final days.

In lieu of flowers, donations sent to Christ Church Gabriola or to the Canadian Cancer Society in her memory are greatly appreciated.